Shri Dattopant Thengadi ji had been among the few who had closely understood the mind of Shri Guruji Golwalkar. If Guruji had been the Gangotri which flowed from the Himalayas of Sanatana Dharma, Thengadi ji had the opportunity to take a deep dip in that holy water.

Those who had close relationship with Thengadi ji were convinced of his clear thoughts, unambiguous opinions and firm decisions. He had very clear idea about everything and that the necessary decision ought to be taken on any issue. However, those were not indicative of his hard stances. In fact, his convic­tions were deeply rooted in the ideology and evolved out of the experiences of his and other veterans’ lives. He had been familiar with the depth of Bharatiya philosophy. He tried his best to refine it through his conver­sations and constant interactions with Guruji. Besides that, he had been in close contact with the intellectual world of many, both inside and outside the nation. Whenever he was supposed to speak on any subject, he used to quote from the author­itative words of such people.

He imbibed the character of seeking the truth and used his open mind to objectively analyse contra­dictory opinions before accepting or rejecting them. One can convincingly say that his writings were evidences of such lengthy thought pro­cesses and quota­tions. One may have the doubt whether he had read so many books. His method of studying was different. He had close contacts with veterans of different fields. He utilised the knowledge of such people. He carefully studied all author­itative writings which he came across and ensured its authenticity and wrote down important points from it in his own diary. Later he judiciously used all such notes at the appropriate time. One can convincingly say that a huge volume of such writings is available now. We are sure that those writings will be utilised for a comprehensive research process. He used to write down important information that he got whenever he went somewhere or when he had talked to anyone. His character reminds us of the bee that collects the nectar from thousands of flowers and store it in its own place. In his life, he had been constantly searching for knowledge which he treasured. Not just acquiring the knowledge, its con­tinuous distribution went side by side with it through conversations, speeches and writings.

Talking to him was a rare experience of sharing an intellectual world of high order. Owner of an incomparable receptive mind, he was more interested in listening to what others say than delivering a speech and could be called an ideal listener. Talking to him was, in fact, experiencing education. Though his speeches were a flow of deep thoughts, it con­tained examples from simple inci­dents and stories that touched the heart of the audience and could be easily as­similated by com­mon man. He could speak to an audi­ence of ordinary workers in their own standard and do the same to an assembly of intellectuals at their level. He was at ease with both. His speeches were less dramatic and without any twists for publicity but had the innate strength of a flowing Ganga.

His writings and books were not meant for leisurely reading. Those were meant for a serious study. Original thinking was visible in his writings. He will quote from great thinkers to substantiate his claims. He will cite two opposing arguments and arrive at his own conclusion about it. One cannot find casual mentioning about anything in his writings. Before saying that our nation is a Hindu nation, he would go through the concept of a nation enunciated both by Western philos­ophers and their eastern counterparts. He would also put forward the Bharatiya thought process in this regard.

Thengadi ji’s writings carried the clear and comprehensive philosophy of Rashtriya Swayamsevak Sangh on any subject. He had total faith in the ultimate triumph of Sanatana Dharma.

He had abiding faith in the ability of Sanatana Dharma to constantly change with time and assimilate things accordingly and had men­tioned many times about this in his speeches and writings and had substantiated it through many examples. He laid the ideological foun­dation to build a new organisation of workers on the basis of this. He devised the necessary strategies whenever required in the growth of the organisation. He was the guiding light for the biggest ideology-based and non-political organisation of labourers called Bharatiya Mazdoor Sangh from the beginning till his end. He also undertook a serious study about Communism and Capitalism. It was not bookish knowledge, instead, he travelled to So­viet Union and United States and interacted with their hierarchy and shared the experiences. He announced to the world that the So­viet Union would not last long at a time when that nation was at its height of glory. But many people took that prediction as a strategy aimed at enhancing the morale of Sangh workers. But as the saying, ‘meanings will accompany the words of Rishis5, his prediction was followed by the reality. Soviet Union met its end.

After that, when many analysers stated that now only the American capitalism will survive, Thengadi ji declared that it was also nearing its end. Thengadi ji had mentioned and written about a ‘Third Way’, I remember an incident in 1992 at a large meeting in United States, the audience were taken aback when, as the biggest leader of labourers and thinker from India, Thengadi ji criticised the American society and predicted its fall. One could hear the voice of a prophet in those words.

Thengadi ji had an individuality totally merged with that of the labourers. His heart carried their difficulties, complaints, pressures, sadness and happiness. His mind always sym­pathised even with their weaknesses and mistakes. In this respect, I remember one incident. When Shri A.K Antony was the Chief Minister of Kerala, the government employees of the State organised a massive strike. The people felt lots of hardships. The common man was by and large against the strike. Taking that into consideration, I wrote an article on the issue. Thengadi ji came to know about that article which crit­icised the strike. He felt uneasy. Since he could not meet me, Thengadi ji gave his opinion to some senior col­leagues and in­structed them to pass it to me. When the workers are in strike, one should not talk in opposition to them, it will affect their morale and will weaken their organisation, especially when the person belongs to the same ideology. For Thengadi ji, the interests of the workers itself were the interests of the nation. He had merged himself with both. He firmly believed, till his last breath, that the nations progress to the ‘Param Vaibhav' was through the welfare of the workers. 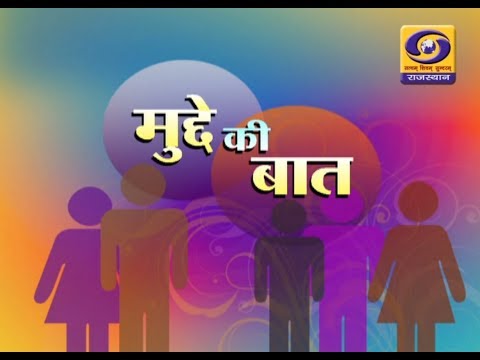