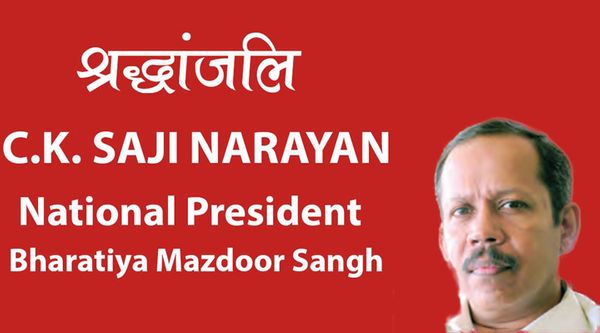 The ideological life that Thengadiji lived would continue to shed light through the works oflakhs of dedicated people who are in the process of rebuilding the nation. History will remember

Dattopant Bapurao Thengadi was a saint, visionary, nationalist, economist, social scientist, philosopher and above all a very close leader of the poor. The kind of impact he left on the