Born in a middle-class family on November 10, 1920 at Aarvi village in Wardha district of Maharashtra, Shri Dattopant Bapurao Thengadi left deep imprints on
the national life of Bharat. During his 60 years of active public life, he “built many Himalayas out of zero” in various spheres of national life. Some of them are Bharatiya Mazdoor Sangh, Bharatiya Kisan Sangh, Swadeshi Jagran Manch, Samarasata Manch, Sarva Panth Samadar Manch, Sanskar Bharati, Akhil Bharatiya Vidyarthi Parishad, etc. The biggest achievement of Thengadiji is that he created and nurtured an army of dedicated workers who are taking forward his cause and mission with the same spirit today. A brilliant student since childhood, Thengadiji completed secondary education from his village Aarvi and then went to Nagpur for higher education in 1936, from where he did MA and LLB from Maurice College and Law College respectively. Though he had a law degree, he never practised in any court. He got attracted to public life since the school days because of his extraordinary leadership skills. He became president of Congress’s local Monkey Army in 1934 at the age of 14. In 1935, he was elected president of Nagarpalika Vidyalaya Aarvi Students Union. During college days, he was active in the activities of Hindustan Socialist Republican Army. While studying in Nagpur Thengadiji came closer to the Rashtriya Swayamsevak Sangh (RSS). Impressed with the life and vision of RSS founder Dr Keshav Baliram Hedgewar he decided to dedicate his life to the feet of Bharatmata by becoming a Sangh Pracharak in 1942. He was instrumental in starting the Sangh work in Kerala in 1942 and then in Bengal in 1944. While expanding the Sangh work, he studied Indian history, philosophy, politics, sociology, economics,
etc, which reflected in his writing on various issues. The special quality of his writing was that he knew how to present even a complicated topic in simple language for the layman. Though Marathi was his mother tongue, he developed good command over Sanskrit, Hindi, Bangla, Malayalam and English. People still wonder how he found
time to study and write books, in his life because he wrote over 200 books. Prominent English books authored by him included:
Nationalisation or Governmentalisation, Focus on Socio-Economic
Problems, Perspective, The Great Sentinel, His Legacy Our Mission,
Computerisation, Modernisation without Westernisation, Why
Bharatiya Mazdoor Sangh?, Consumer: A Sovereign without
Sovereignty, Spectrum, Third Way, Our National Renaissance,
Namboodiripad’s Anti Communalism X-rayed.
Apart from books, he also wrote the foreword for many books. Some forewords were exceptionally lengthy. The foreword of ‘Rashtra’ written jointly by Shri Bhanu Pratap Shukla and Gaurinath Rastogi was 94 printed pages. The foreword of ‘Hindu Economics’ written by Dr MG Bokare was 42 pages. Similarly, the foreword of
‘Kalpvriksha’ was 21 pages, ‘Pt Deendayal Upadhyaya Vichar Darshan’ 126 pages, ‘India’s Planned Poverty’ 52 pages and ‘Aapatkaleen Sangarsh Gatha’ 40 pages. All these forewords were later compiled in one single 412-page book titled ‘Prastavana’.
The trade union life of Thengadiji began from the Indian National Trade Union Congress (INTUC). He held different responsibilities in INTUC-affiliated labour unions in ten industries from 1949 to 51. He was also elected a member of INTUC’s National General Council. He held the responsibility of organising secretary of INTUC in Madhya Pradesh from 1950 to 51. From 1952 to 55, he was active in Akhil
Bharatiya Bank Association. His organisational skills left their imprints in the responsibilities that he held in those labour unions. From 1954 to 55 he was president of Akhil Bharatiya Railway Mail Sewa Karmachari Sangh in Madhya Kshetra, patron of Retired Railwaymen’s Association, member of Indian Academy of Labour Arbitrators and All India Railway Telegraph Staff Council, patron of Loko Mechanical Artisan Staff Association Eastern Railway, member of Bharat Textile Technician Association and patron of Federation of India Pensioners Association. He was organising secretary of Madhya Pradesh Tenants Association from 1954 to 55, member of Dr Ambedkar Birth Anniversary Celebration Committee, Nagpur from
1953 to 56, vice president of Delhi Pradesh SC Rickshaw Pullers Cooperative Transport Committee. He was also associated with many such organisations during that period. Apart from Bharatiya Mazdoor Sangh, which was formed on July
23, 1955, Thengadiji formed Bharatiya Kisan Sangh on March 4, 1979, Samajik Samarasata Manch on April 14, 1983 and Swadeshi Jagran Manch on November 22, 1991, Paryavaran Manch in 1991 and Sarvapanth Samadar Manch on March 25, 1992. He not only formed these organisations but also took them to the glorious height in their respective fields. Describing his organisational skills a writer. 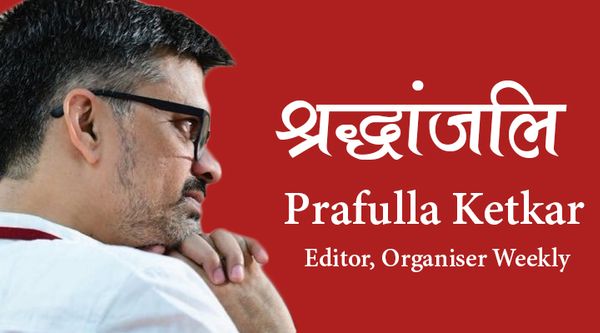 Rashtriya Swayamsevak Sangh (RSS) Sarsanghachalak Shri Mohan Bhagwat in his Viajayadashmi address, said, “Forgetting the Swadeshi consciousness while seeking answers to the pressures of the situation, will also lead to

There are three acclaimed ways in which Shri Dattopant Thengadi is invoked. First, as founder and mentor of the organisations he founded: Bharatiya Mazdoor Sangh, Kisan Sangh, Adhivakta Parishad, Paryavaran