Dattopant ji was a great organiser. He inspired people from all classes of society-from labourers to thinkers and scholars. Whenever he visited Chennai, he would be surrounded by B&C Mill workers,ICF fitters, Ashok Leyland turners, IIT college students and professors of Madras University.

Most BMS Karyakartas in Chennai did not know Hindi or English. Yet they were drawn towards Thengadi ji because of the love and affection that oozed from him. Tamil Nadu Karyakartas, who met him in Delhi, were touched by the care and concern he had for each of them. His magnetic personality, humble nature, unique method of serving tea, ensuring that during winter, all Karyakartas got woollen blankets? all such facets brought the Karyakartas close to him. Using this massive support base, he built the BMS into a powerhouse that became the number one trade union movement in the country.

Thengadi ji had the highest reverence for Shri Guruji. He always he used to quote him extensively. In 1973, Shri Guruji passed away, which made him sad. Thengadi ji wrote a book, titled A Great Sentinel. Describing how Shri Guruji used to work till late at night and write letters, he said. Millions can sleep because he is awake. Immortal words indeed to describe an immortal personality.

Thengadi ji did not believe in political untouchability. When CITU leader P. Ramamurthy passed away in Chennai, Thengadi ji came straight to the city and took me along for the condolence call. One of the comrades at the departed leader’s residence introduced Thengadi ji to Vaigai, the daughter of P. Ramamurthy. That introduction is worthy of recall. He said: Thengadi ji has massive following of labourers. He is a great visionary. He coined the slogan, labourise the industry, industrialise the nation, nationalise the labour.

Thengadi ji was a towering intellectual, a voracious reader, an original thinker and an excellent communicator. He always had facts and figures at his fingertips. In mid-seventies, he came to Chennai for a student’s programme in IIT. Dr Manohar Shinde and I accompanied him. At the end of his talk, a student raised a question about the propaganda by Dravidian parties that disputed the oneness of our motherland.

Thengadi ji spontaneously replied: The word Dravida does not appear anywhere in the ancient Tamil literature of the Sangam era. Hindu sage Agasthya of the Podhigai hills wrote the first Tamil grammar. The arrangement of alphabets in this Tamil grammar follows the Sanskrit order. The ancient social order pictured in Tholkappiam and Silappadigaram entirely mirror the Hindu society. Hindu purusharthas are well arranged in the ancient Tamil scripture, Thirukkural. The annual Indira festival; worship of ancient Hindu deities, such as Shiva, Subramanya and Vishnu; the Hindu names of planets; the Hindu names of months.... all reveal the Hindu root of Tamil philosophy, deities, ways of worship, divisions of time and values of life.? His sound logic and brilliant presentation removed the confusion in the young minds. 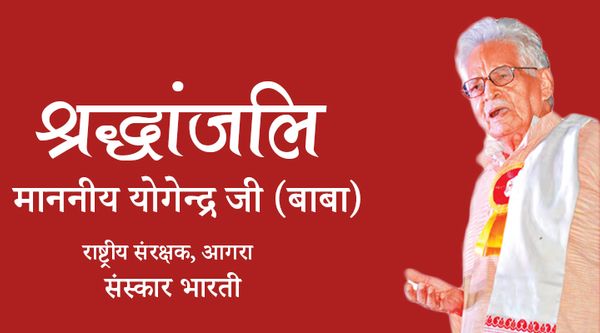 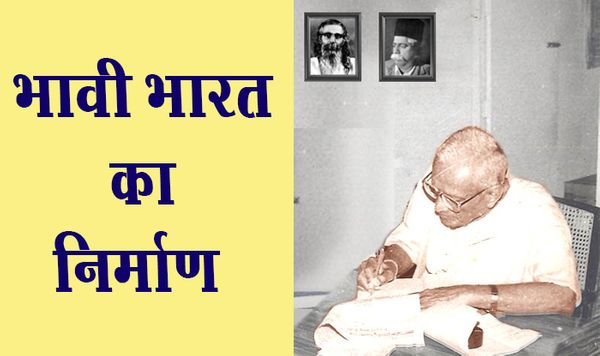