When we think about Dattopant Thengadi we cannot miss the Sanskar Bharati and the book, Hindu View of Arts. How do you rememberThengadiji in his birth centenary year?
Dattopant Thengadi’s guidance for Sanskar Bharati has been unforgettable. I had started work in the field of arts during the late 1940s by organising art exhibitions mainly during the functions organised by the RSS and associated organisations. Those exhibitions mainly focused on different themes through paintings and pictures. In those days, television was not there. Hence, such exhibitions used to attract a huge audience and also had big impact. Once, Thengadiji told me to prepare an exhibition on some of the themes for BMS. Some of those themes included “One who earns will not eat alone, but will feed others”. It was displayed through different paintings in the exhibition. The organisational activities were also displayed in exhibitions through pictures and paintings. I did it for decades. Since we were both Sangh Pracharaks, we frequently met and had long discussion on diverse issues.

How the book, ‘Hindu View of Arts’ was prepared?
We in Sanskar Bharati were experiencing the need for a book that properly defines the objectives of Sanskar Bharati and explains the Bharatiya view of arts. In 1990, I thought that none other than a visionary like Thengadiji can do justice to such a book. So, I discussed the matter with him and he readily agreed. It was decided that this work would be done in    Pune. Deccan University there has a rich library. I told one of our workers, Subhash Kulkarni, to be in the service of Thengadiji until he is in Pune for this work. Finally, Thengadiji reached Pune. Along with another person, he started writing the book while staying at Pune Sangh Karyalaya. Whatever books on arts he desired were procured from Deccan University library. Thengadiji himself read those books and quoted whatever portions he found suitable. The national convention of Sanskar Bharati was to be organised in Hyderabad in that year. Thengadiji along with renowned singer Shri Sudhir Phadake had to join that convention. That year Shri Shailendra Nath Shrivastava was also to take over as national president. It took about a week for Thengadiji to dictate the entire book in English. It was indeed a wonder for me how he studied so many books and retrieved relevant information. The book finally proved to be a guide for all of us in Sanskar Bharati. Initially, I was not confident whether such an inspiring book will be ready in such a short span. But Thengadiji did that work with perfection. The book discusses not only the Bharatiya view of arts but also compares it with the Western view. We have preserved original manuscript of the book in Pune. When the manuscript was ready, we took that to Hyderabad and published in a very short duration. It was released at Hyderabad convention in the presence of Thengadiji, Shri Sudhir Phadake and Shri Shailendra ji. After some time, it was translated into Hindi, Gujarati, Marathi and Kannada. We are still working hard to achieve the objectives that he set before us. The organisation has nowunits all over the country. Many renowned artists from various fields of Bharatiya traditional arts are coming with us.

Any other incident you remember about Thengadiji?
Agra was my Kendra. One day, Dattopantjireached Agra. The karyakartas took him directly from Railway Station to the Shakha without even asking whether he had freshened himself up in the train or not. After the Shakha, he was taken to Sangh Karyalaya. As he reached the Karyalaya, another meeting was scheduled at 9.00 am. Lunch was at a worker’s home at 12.00 and then there was another meeting at 2.00 pm with the workers of different organisations. In the evening, there was another meeting with Tarun karyakartas. When he reached his room at night, he could not hide his feelings about the very hectic schedule on that day. He said the karyakartas have perhaps forgotten my age while preparing today’s schedule. We had a discussion for about half an hour that day. I remember another incident. There was a big meeting of Bharatiya Kisan Sangh in Byavar, Rajasthan. I was again told by Thengadiji to prepare an exhibition on the issues of farmers. I did that also. I used to wonder over his stamina to work and intellect to think. Once I reached Ernakulum, Kerala. I came to know that Dattopant ji was undergoing treatment at a Panchkarma centre. However, meeting with outside people was not allowed in the health centre and there were many internal restrictions too, even then I got permission to meet him and had discussion on various issues. I had many other opportunities to meet him in the long journey of over five decades.

Did Thengadiji have any role in the formation of Sanskar Bharati?
His guidance was there, but there was no direct role.His major contribution was in the form of the book ‘Hindu View of Arts’. However, its language is highly literary and some workers have been stressing the need to simplify some terms. But the book perfectly explains the Bharatiya view of arts. Dr Vishnu Shridhar Vakankar, whose birth centenary is also being celebrated this year, played a key role in taking the Bharatiya arts to the global level. Sanskar Bharati has planned countrywide activitiesin his memory also this year.

Thengadiji defined the vision for Sanskar Bharati. Do you feel the Sanskar Bharati is in a position to materialise that vision today?
No, we are still accumulating strength. Work has been expanded and a large number of people associated with different fields of arts are working with us today. A dedicated team of workers is working all over the country.
We have units at more than 1000 places. Different activities are regularly organised. Training camps for workers are also organised. Thengadiji gave us the vision to take the Bharatiya arts to the global level. We are working hard to achieve that objective. Once, I received a request from Vakankar ji to prepare an exhibition for a Vishwa Hindu Sammelan to be organised in the US. He had identified some themes for that exhibition and requested us to prepare some pictures and paintings. One of the themes was ‘India’s Contribution to World Thoughts’. That exhibition was organised at Chicago in 1984. Then it was held in six US Universities. The work and themes were widely appreciated.

What needs to be done to materialise the dream of Thengadiji in the field of arts?
Collective efforts are being made in that direction. The whole organisation and the workers are working in that direction only. During his birth centenary year, we are also planning to take up some activities.

How should we remember Thengadiji in this birth centenary year?Different people have different opinion. Some recall China’s invitation to him to discuss the labour issues, while some recall how he humbly returned Padmashri in 2003. But, I always think about the vision that he had while forming organisations like Bharatiya Mazdoor Sangh, Bharatiya Kisan Sangh, Swadeshi Jagran Manch, etc. The unique working style that he developed for all these organisations is also fascinating. He had the vision to perfectly guide so many organisations together. I find that quality worth emulate. 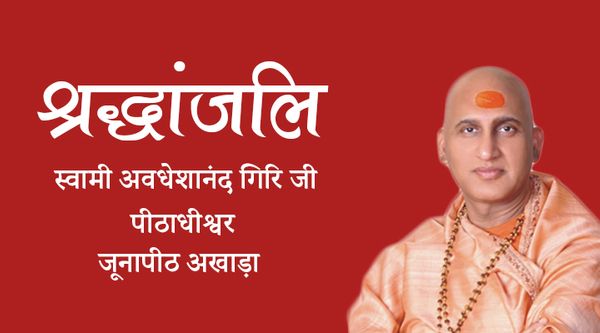 My association with Dattopant Thengadiji began in the early 1980s. During Shri Ram Janmabhoomi movement there used to be frequent meetings of the saints to plan different activities for the 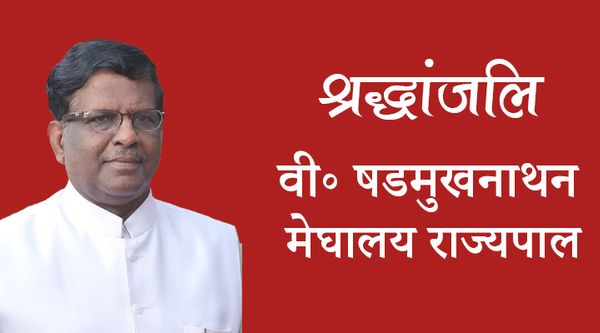 Dattopant ji was a great organiser. He inspired people from all classes of society-from labourers to thinkers and scholars. Whenever he visited Chennai, he would be surrounded by B&