WHEN I was informed that Shri Thengadi ji passed away I was remind­ed of the remark made by the Amer­ican biographer Louis Fischer at the death of Mahatma Gandhi. He said “The world became poorer because the poorest of them all died”. Al­though, true for Mahatma Gandhi it is equally, if not more, appropriate to the passing away of Shri Dattopant Thengadi ji.

I cannot claim him to be my colleague. I am far junior to him and much lower to him in experience and the organizational hierarchy. Unfortu­nately I am not one who had the fortune to know him for long period of time. My acquaintance with him began when I became part of SJM which is only a few years; might be even less than 5 years. Within this short period, I was attracted to him strongly not by his professional achieve­ments but his sterling personal qual­ities and his disarming subtle smile.

It is not necessary for a piece of iron to be close to a magnet for years to get it attracted by it; but a single casual chance will do.

His contribution to the trade union movements, Kisan movements and post-independence Swadeshi movement is phenomenal and legendry. But build­ers of organizations succeed in achiev­ing their goal either by strong-arm methods emanating from the hunger of personal power or through noble actions by sacrificing all comforts, including oneself completely, in the service of the fellow brethren. Thengadi ji chose the second alternative and proved, practically single handedly, that this is the right and true approach to build lasting organizations and develop men to become leaders.

Many leaders build organizations to use them for their personal gain and build personal power bases to enjoy and pass it on to their chosen relatives or close friends. In the case of Thengadi ji, all his friends and associates were equal to him and remained equidistant ally close to him. Consequently, the organizations that Thengadi ji built were raised on firm founda­tions and have acquired a unique degree of credibility and high status of acceptability during his rime itself and will remain so beyond his lifetime too.

His life demonstrated that he was an embodiment of the true ethos of the Indian culture. He was a su­preme Karmayogi of Gita by becoming “one with the infinite activity by the exercise of the activity with disinterested good­ness”. In this context I am reminded of the definition of a yogi by Gurudev Tagore. He writes:

It almost appears that Gurudev Tagore had men like Thengadi ji in his mind when he wrote this in his essay on Sadahna. Of the many personal qualities that Thengadi ji possessed, the most endearing was his radiant innocence. This was the reflection of his saint like inner peace that he had cultivated over the years by practicing sadhana. I am sure he must have faced many a challenging situations, which tested his resolve and mettle. On all such occasions, he was able to overcome them and win over friends and foes alike by his abiding and deep faith in the basic goodness of people who hold different opinions and belong to varying ideologies.

He has left in my mind an enduring and affectionate disposition of a yogi who con­quered his environment with his eternal smile and sober demeanor and penetrating insight to the nature and motive of men and matters far beyond his immediate preoccupation of trade unionism and public policy. What is his legacy? Nothing grand in brick and mortar bur many ideas and inspirations planted in many who chanced to come in contact with him at personal, professional and political level. These seedlings must be given an oppor­tunity to grow and flourish in various areas and aspects of national life which Thengadi ji so much loved and cherished.

To facilitate this pro­cess, it must be made possible to compile his biography, which will be a great inspiration to many who are keen to serve the mother­land. In fact, I have been goading him to write his autobiogra­phy; but the humble man in him did not let it happen. His life of varied experience and ideas he promoted in various forums will be a treasure trove worth to be preserved and propagated.

Further, I have been suggesting to him to take an initiative to modernize the trade union and kisan movements and to transform them both as a more contemporary institutions employing the modern concepts of labour and agricultural management. Instead of proclaiming him, “an institution by himself “as it is custom­ary, it will be appropriate to establish an insti­tution itself named Dattopant Thengadi Insti­tute of Management specializing in the teaching and research of management of labour and ag­riculture. To begin with, a programme of correspondence course can be started and later on, promote it as a full-fledged Management Institution.

Incidentally the last task that Thengadi ji discussed with me was, how to organize a national conference on concepts of Industrial Trusteeship on which I wrote an approach paper for him. He acknowledged its receipt and re­plied “adequate for the purpose”; but further action could not be taken because of his ill health. I am sure there will many such ideas buried in his papers and interaction with people which, I hope will not be lost to the nation. Even with my short and brief association with Thengadi ji, I still feel his presence with me; his loving and caring face permanently embedded in my memory reminding me his ethereal love for mankind and sacrifice for the underprivi­leged and deprived of the world. Many his ideas flourish and his memory continue to inspire us and our actions make us all worthy of being the inheritors of the legacy of a supreme Karma yogi. 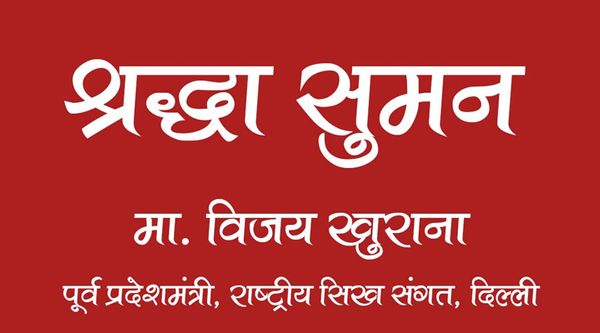 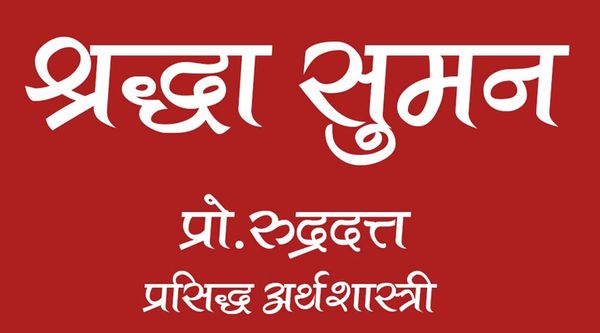