Dattopant Thengadi was one of the most revered senior Rashtriya Swayamsevak Sangh leaders and ideologue. He was the founder of the Bharatiya Mazdoor Sangh, Bharatiya Kisan Sangh and the Swadeshi Jagran Manch. All the organisations he founded made and still make deep impact on the national life.

When he breathed his last on October 14, 2004, at Deendayal Hospital, Pune, it was an irreparable loss not only to the Rashtriya Swayansevak Sangh, but also to the motherland.

Thengadi was a member of the Rajya Sabha for 12 years. Thengadi had worked with all the Sarsanghachalaks of Sangh, including the founder, Dr K.B. Hedgewar.

He was not a person to keep mum on issues that affect the nation’s life. He used to go by deeds and not by personalities and did not spare even the National Democratic Alliance Government in which Bharatiya Janata Party was the main constituent. His criticism of the the NDA policies on farmer and labour fronts was bitter.

He was neither after power nor posts. That is why he declined to accept the Padma Bhushan honor offered to him by the NDA Government.He did not spare the present Congress Government. He criticised the common minimum programme (CMP) for not mentioning on the WTO regime.

His stand on many subjects were based on the thoughts of both the late M.S. Golwalkar, former Sarsanghachalak of the RSS and the late Deendayal Upadhyaya, founder of the Bharatiya Jansangh. He was a man who went beyond the ideological division between the ‘Right’ and the ‘Left’. His prime concern was the nation. He was an ardent spokesman of the labour- intensive, rather than on capital-intensive, industries.

Dattopantji was a scholar, philosopher, visionary, orator, learned author, all rolled into one. In 1969, he visited Soviet Russia and Hungary as a member of the parliamentary delegation. He went to Switzerland as a delegate to ILO conference and also attended the Second International Anti-apartheid Conference at Geneva in 1977. In 1979, he was invited to Yugoslavia by trade union there to study that country’s labour movement and also by the USA to study the American trade union movement. The same year, he also visited Canada and Britain. In 1985, Thengadi led a BMS delegation to China on the invitation of the All-China Federation of Trade Unions. He subsequently attended the Tenth Regional Conference of ILO at Jakarta, Indonesia, Bangladesh, Burma, Thailand, Malaysia, Singapore, Kenya, Uganda and Tanzania. More recently he participated in the Fifth European Hindu Conference held at Frankfurt, Germany and World Vision 2000 in USA.

His was an awe-inspiring and towering personality, yet modest, deeply rooted in the past yet completely in tune with the modern times, very sensitive to the issues of national importance, a karmayogi, guide, philosopher, mentor and much more.

Dattopantji will be remembered for his great contribution to the welfare of society, especially his commitment to the cause of labour and peasants. For a man who really lived all his 84 years, the best tribute would be follow his footsteps. No tribute will be greater to him than dedicating one’s life at the feet of the motherland.

For Keralites, Thengadi is an unforgettable word. He was the chosen one to begin the RSS work in Kerala. Language, lifestyles, food habits, ideological imponderables and deep-rooted polarized polity did not deter him, in fact vetted his determination to conquer the mightiest.

The RSS today in Kerala owes its indebtedness to him. Many of the senior pracharaks of Sangh came in contact with the organisation in his period. Even after he left Kerala, he held Keralites in high esteem. His quarters at Delhi as MP was always open to anyone from this land.

SHORT AND CRISP NARRATION BY THENGADI

Thengadi was very adept in presenting a point with short and crisp narration. There are a few:

There was a major ship wreck. Many died. Anticipating sure death, many jumbed into the sea. Only two remained at the top. The ship was sinking. One of them thought there is no purpose in waiting. he also jumped into the wast ocean. The last man climbed on the masthead, never losing hope. Five minutes passed. He saw a vessel far away. He waved his clothes. shouted at his loudest voice, and attracted the attention of those in the vessel. They came near the sunken ship and rescued him.

So, what is the difference between success and failure? Only five minutes. So, don’t stop. Strive hard and stop not the goal is reached.

One man bought a mine. He dug hard. Dug a few hundred feet. No trace of gold. Yet he tried again. Even then there was no trace of gold. With a heavy heart he decided to sell his mine.

Another one wanted to try his luck. He bought the mine. He started digging. When he dug another five feet, he found traces of gold. So, never lose heart. Difference between success and failure is only five feet.

They were all fools

When India got her Independence, Gandhiji was far away at Naokhali. Away from the glamour and glitter of celebrations. He was a fool.

When we got independence, many were made Cabinet ministers. Jayaprakash Narayan declined to be a minister. He was another fool.

Once, some people asked Lokmanya Tilak, “Whom do you want to be in free India?” He replied, “I want to the Opposition leader.” He was another fool.

And, these fools created history. Worldly wise men go after power and wealth. So, it’s your choice, whether to be fools or wise men.

Thengadi’s book on Ambedkar released
Rashtriya Swayamasevak Sangh Sarsanghachalak Mr K S sudarshan released a book on Dr Balasaheb Ambedkar written by the late Dattopant Thengadi in Bhopal on October 16, 2005.
Mr Sudarshan described in detail the warm and close relationship Thengadi had with Ambedkar. Thengadi in his book narrates many instances to prove that Ambedkar was a true nationalist like Mahatma Gandhiji, Jawaharlal Nehru and Vallabhai Patel. Though Dr Ambedkar embraced Buddhism in his later period, he vehementally opposed Dalits converting to Christianity.

In his famous book, “Third Way” Thengadi explores the possibility of a third alternative to the dead communism and the near-future collapse of capitalism. It is an authentic presentation of the Hindu way of economics, technology, environment and constitutional and legal systems. We find a strong votary of Swadeshi for national reconstruction in this book.

The essence of nationalism and the process of national reconstruction is vividly depicted in “National Pursuit”. Uplift of the downtrodden and the working class is higlighted. Thengadi describes the alternative steps for the betterment of the socio-political structure in detail.

Thengadi was a prolific writer in Hindi, Marathi and English. The books and booklets by him may cross over hundred. 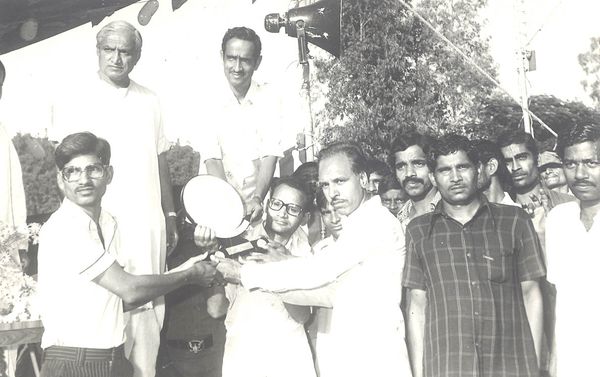 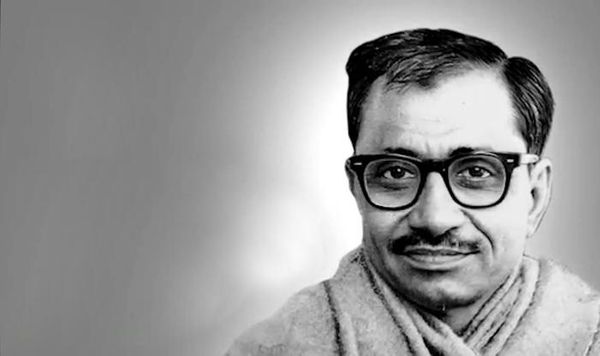